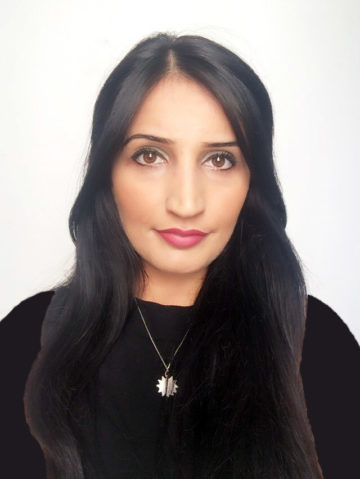 The Prime Minister congratulated his new Foreign Minister, saying, “Our work on behalf of the Provisional Government of Ezidikhan is complicated by the need to rebuild and at the same time create with limited means a new government. I will look to you for your energy, skills, diplomacy and confidence in our government to make our success.”

“Today the situation of the refugees in Iraq is grows worse with each day. Yezidis are afraid to go home because there is no security. Yezidi people need help from the responsible authorities including all the support that we can obtain for them,”

Ms. Barfo Tamoyan, a native of the Yezidi community in Armenia, emigrated in 2005 at age fifteen to France where she has resided ever since. Minister Tamoyan speaks French as well as her Yezidi mother tongue and is also fluent in Russian, Armenian, and Georgian. As the president of the Association Culturelle Yézidis de France, Ms. Tamoyan has long been widely recognized as the Yezidi people’s representative in France.

At 28, Foreign Minister Tamoyan is among the youngest members of Prime Minister Waheed Mandoo Hammo’s Cabinet. She faces daunting challenges. Her nation Ezidikhan has suffered abominations since August 3rd, 2014 when Peshmarga forces protecting Shingal district suddenly withdrew without warning, leaving the Yezidi people of Shingal District unprotected and exposed to the worst genocidal atrocities committed by Daesh terrorists who within hours fell upon the innocent Yezidis of Shingal.

“Today the situation of the refugees in Iraq is grows worse with each day. Yezidis are afraid to go home because there is no security. Yezidi people need help from the responsible authorities including all the support that we can obtain for them,” Tamoyan said.

In response to Prime Minister’s appointment Minister Tamoyan said, “My aim is to convince European countries and ask them for help to build a stable and independent free country to allow refugees to return home.”

“We must educate the world as much as possible, we need a lot of energy and participants,” Minister Tamoyan observed.