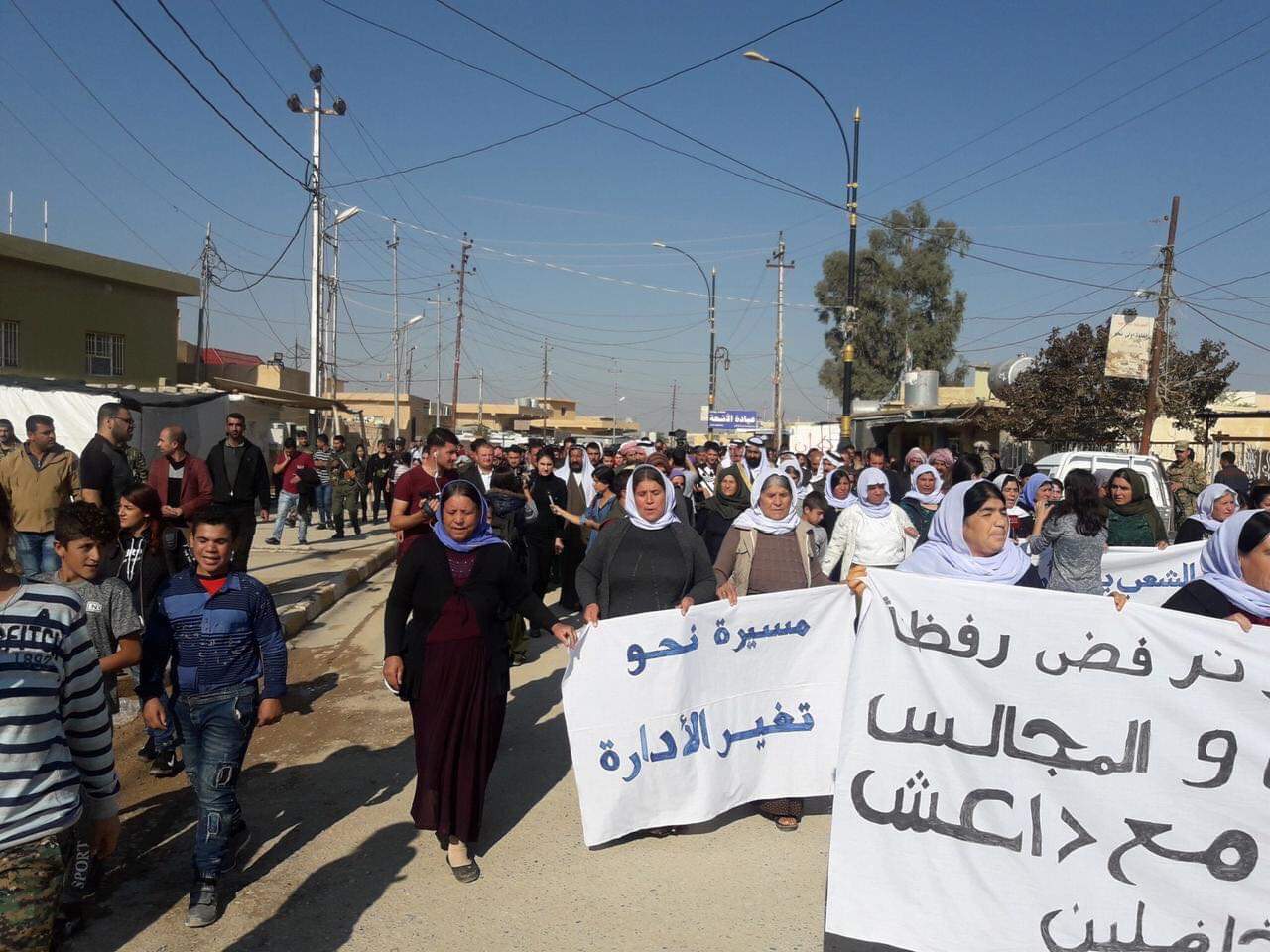 [Lalish, Ezidikhan, Iraq. November 19, 2018] – The governments of Sweden, India and Iraq have invited the Provisional Government of Ezidikhan to consultations concerning the Governing Council Resolution of 15 November condemning Kurdish genocidal policies toward Yezidis.

Prime Minister Barjis Soso Khalaf has vowed to meet with the Iraqi government to seek the Kurdish Regional Government’s immediate withdrawal. Official letters including copies of the Governing Council Resolution have been sent to the governments of Iraq, the Kurdish Region Government, and to the embassies of Australia, Armenia, United Kingdom, Sweden, the Netherlands, France and India urging their assistance to press for Kurdish withdrawal.

The initial response from Prime Minister Soso Khalaf’s talks with Ambassador Melander today resulted in the Swedish government proposing a series of questions tightly focused on what the Swedish government could do on behalf of Ezidikhan in relation to its own government capabilities, assistance at the United Nations, engaging other states to cooperate and engaging the Iraqi government. The Prime Minister has taken the questions offered by Ambassador Melander and is expected to transmit detailed answers by November 20th.

The Prime Minister’s responses to Sweden are expected to cover the role of Swedish agencies in rebuilding Ezidikhan with Iraqi cooperation, and requesting the Swedish government to assist in obtaining administrative technical support and assistance from indigenous nations. The Ezidikhan government will seek action by the UN Security Council with the help of the Swedish government that currently holds a seat on the Council, and will encourage a colloquy between Sweden and Iraq regarding the intergovernmental negotiations between Ezidikhan and Iraq as well as to encourage the withdrawal of Kurdish occupation personnel from Ezidikhan.

The meeting with Iraq will be proposed to take place in Ezidikhan as the Prime Minister said, “Since our delegations have traveled to Baghdad nine times to negotiate the Memorandum of Agreement for an agreement to unify the Republic of Iraq, we expect Iraq now to sign it. I will encourage Iraqi Prime Minister al Mahdi to meet with me here.”

Indian Ambassador Dr. Pradeep Singh Rajpurohit has invited Ezidikhan officials to meet to discuss the resolution and further discuss the ways in which the Government of India can further the reconstruction of Ezidikhan. India has already provided funds to construct new water wells needed in Ezidikhan and has also offered funding and training for Yezidi schools and teachers. “For all this,” the Prime Minister said, “Ezidikhan is profoundly grateful.” India will also be encouraged to meet with Iraq to seek withdrawal of the Kurds from occupying Ezidikhan. The Governing Council is expected to meet again soon to consider measures for defending Ezidikhan and obtaining greater international support.

Patrick Harrigan trained in comparative religion and Indology at the University of Michigan and UC-Berkeley as an advocate of Indigenous peoples and nations. Since 2014 he has been serving as editor, publisher and policy consultant to the Yezidi Nation. In 2022 he was appointed Secretary of the Confederation of Indigenous Nations of the Middle East and North Africa.
You might also like
baghdadIndiaUncategorized