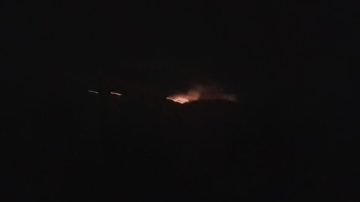 Eighteen Turkish warplanes carried out a series of airstrikes late on Sunday night on refugee camps in Sinjar Province, some 100 km west of Nineveh’s provincial capital Mosul, and Makhmour, about 60 km southeast of Mosul, according to the Iraqi Joint Operations Command (JOC). The JOC described the Turkish airstrikes as “a provocative act” and “a flagrant violation of Iraqi sovereignty”.

Turkey’s defence ministry announced on Monday that it had launched the operation, code named “Claw-Eagle,” against what it described as Kurdish rebel targets in northern Iraq.  The Turkish army said it struck 81 PKK targets, including shelters and caves. Among them were targets at Mount Shingal in Sinjar province, the homeland of the Yezidi population that suffered rape, mass-murder and enslavement at the hands of the so-called Islamic State terrorist group. Fires broke out across Shingal and other areas as a result of the airstrikes.

The Shingal Resistance Units (YPS) confirms that six of their positions were targeted by Turkish airstrikes, adding that four of their fighters were injured. Turkish officials said the fighter jets took care to avoid civilians and there were no immediate reports of civilian casualties.

But Nadia Murad, a 2018 Nobel Peace Prize winner and Yazidi survivor, warned that the Turkish military campaign was leading to yet more bloodshed, even as the minority group returned home to start rebuilding their lives.

She also accused the international community of failing to uphold a “moral responsibility to facilitate a safe and dignified return” for Yazidi survivors.

“Over 150 Yazidi families had just returned to their homes,” she wrote on Twitter. “When will [the Iraqi government and] international community apply some courage & political will to resolving security challenges in Sinjar?”

Iraq’s Defense Ministry condemned the strikes today, saying they were violation of Iraqi sovereignty, but the language of the statement was mild. “We call on Turkey to halt these violations and avoid repeating them and respect the bilateral relations between the two countries,” it said.

Turkey’s military and intelligence presence in Iraqi Kurdistan — despite occasional tut-tutting from KRG leaders — continues to grow. It is believed to have around twenty bases of varying sizes in the region. Since last year Turkish ground troops have been deploying in Kharkurk, where the Turkish, Iraqi and Iranian borders converge.

The Turkish defence ministry said the air operation targeted the PKK in the region of its stronghold at Qandil, near the Iranian border, as well as the areas of Sinjar, Zap, Avasin-Basyan and Hakurk.

A major military offensive is possible as two sources confirmed a build-up of 5,000 troops in the Turkish town of Silopi, on the Iraqi border. Any ground invasion would require the connivance of the Kurdistan Regional Government (KRG).

Both Erbil and Baghdad have repeatedly called on Ankara to halt its attacks and have demanded the PKK withdraw from their territory.

“The Kurdish government falsely claims that Ezidikhan’s Yezidi House is working with PKK. These accusations are untrue. The PKK and Turkey Government are carrying out illegal attacks on the Ezidikhan government and militia as well as civilians,” according to a statement from Ezidikhan Minister of Justice Ms. Nallein Sowilo.

“Ezidikhan demands that the Turkish government cease its operations in Mount Shingal and also asks the PKK to depart and leave Yezidis to live in peace.”

The Kurdish Regional Government had earlier issued a request to Mehvan Hussein Darwish Al-Zaro, Director of Defense of the Yezidi House, to cease its support of the government of Ezidikhan and the Yezidi autonomy movement.

Yezidi House was recently asked to dismantle the Yezidi militia and Ezidikhan government. When Ezidikhan militia commander Al- Zaro flatly refused, ten hours later Turkey started its air strikes against the PKK, Yezidi House and the Ezidikhan Government. The Yezidi House later reported a direct hit on one of its buildings.

In a statement issued on Tuesday, Yezidi House militia commander Hussein Darwish Al Zaro said, “Ever since we were left defenseless against Daesh in 2014, our local armed forces have received no help at any time. We therefore founded our own Yezidi militia, the self-defence forces of Shingal. To date and during the liberation of Shingal, we have lost hundreds of Yezidi men and women martyrs in the fight against ISIS and PKK.”

Ezidikhan’s Minister of Justice Ms. Nallein Sowilo on Tuesday demanded that “Turkey and Barzani must be held accountable in a court of justice for its desperate destruction in Ezidikhan — the home of the Yezidi. Ezidikhan demands that the Turkish government cease its operations in Mount Shingal and also asks the PKK to depart and leave Yezidis to live in peace.”