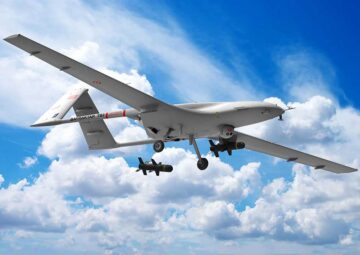 [Shingal, 21 Jan 2022] Turkish missiles struck two cars in the Yazidi town of Shengal in northern Iraq today as pressure from the Iraqi army and the Kurdistan Democratic Party (KDP) continues.

The attack was launched by Turkish drones in the Shilo Valley region at around 3.30pm local time. Two victims travelling in the cars were named as YBS Commander Azad Ezdin and YBS fighter Enver Tolhildan.

“God help us. We’ll never be set free,” a woman was heard saying in video footage at the scene of the attack.

Tensions have risen in recent weeks as the Iraqi army closes in on Shengal, which sits in one of the areas contested between the Iraqi federal government and the Kurdistan Regional Government.

In January the Iraqi army demanded that all armed groups leave Shengal and that they would take control of the Yazidi town by force if necessary.

Shengal is run by an autonomous administration that follows the system of democratic confederalism, the ideology developed by jailed Kurdistan Workers Party (PKK) leader Abdullah Ocalan.

Yazidi officials have warned against attempts by the Turkish state, the KDP and the Iraqi government to strangle democracy there as part of broader regional plans by the imperialist powers.

The Shengal Autonomous Administration called on the international community today “to prevent military escalation and to promote solutions based on an autonomous administration in Shengal.”

Last August Seid Hesen, a commander with the Shengal Resistance Units, was killed in a drone strike while on his way to meet Iraqi Prime Minister Mustafa al-Khadimi.

And days later Turkey was accused of war crimes after four health workers were among the eight people killed when it targeted a hospital in the Shengal region.

Shengal was the scene of a 2014 genocide at the hands of Isis in which thousands of men and boys were massacred and more than 3,000 women and girls sold into sexual slavery.

Thousands more took refuge on Mount Sinjar which was held under siege until their eventual liberation by the PKK.

Patrick Harrigan trained in comparative religion and Indology at the University of Michigan and UC-Berkeley as an advocate of Indigenous peoples and nations. Since 2014 he has been serving as editor, publisher and policy consultant to the Yezidi Nation. In 2022 he was appointed Secretary of the Confederation of Indigenous Nations of the Middle East and North Africa.
You might also like
Barjis Soso Khalaf